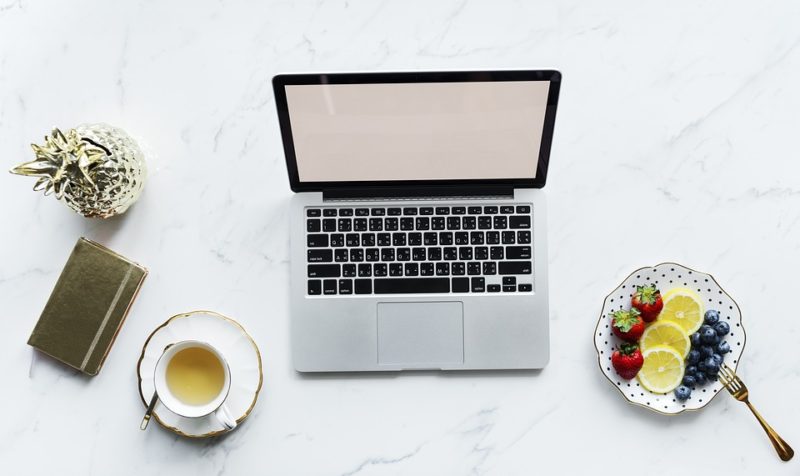 Vault Weekly Roundup highlights all of the latest news making waves this week. Without further ado, let us begin!

Carmelo and the OKC Thunder Heading for Divorce? 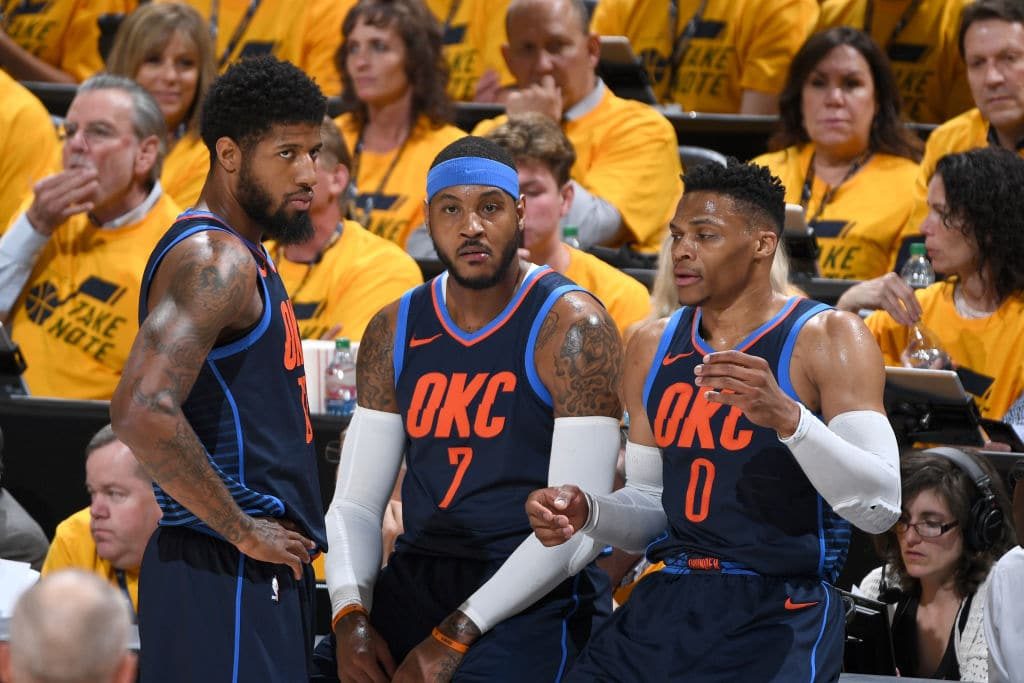 According to latest reports it certainly seems so. Carmelo has made it abundantly clear he wasn’t happy with his role on the team this season, and coming off the bench is “out of the question“. That message was heard loud and clear. Sam Presti, the GM for the Thunder had a message of his own: “Get with it or get lost”. Okay, I’m paraphrasing. What he really said was this:

The Thunder have limited options with Carmelo. If he decides to opt-in (which he likely will), he’s owed $28 million. They’ll have to keep him or they could agree to a buyout. Either way, it won’t be a cheap, or easy, decision. Then there’s the whole keeping Paul George in OKC thing. After a strange season that saw OKC get eliminated in the first round, it’s going to be a tough sell. But hey, that’s what the offseason is for.

Drake and Kendrick Perkins got into a heated exchange during game 1 of the Cavaliers-Raptors series. This beef is equally random and hilarious. Kendrick Perkins was a last minute signing by the Cavaliers to fill out their playoff roster and hasn’t played the entire playoffs so far. Drake is the global ambassador for the Toronto Raptors who frequently attends their games. So, how the hell did this interaction even happen? According to Perkins, this is what happened:

“I was talking to my old teammate Serge (Ibaka) walking into halftime telling him ‘We about to win this game,’ and Drake butted in talking shit to me. So I said something back to him.”

Apparently this carried over into the tunnels and the locker room. The funniest part of all of this is when Cleveland security offered Perkins a security escort to the team bus, he responded “I’m fine, what’s he going to do?”

Who do you got winning this beef: Drake or Kendrick?

Kanye West Is Still an Idiot

Kanye West sat down with radio host Charlamagne for an hour and 45 minute interview discussing a wide variety of topics. Truthfully, I haven’t seen the interview (and have no intention to) because I don’t believe Kanye has anything insightful or unique to say that I can’t hear from someone actually credible. Anyways, he apparently clarified his stance on why he is pro-Trump, discussed mental health and a bunch of other things.

Recently, he went on TMZ to discuss him being a “free-thinker”, his opioid use, getting liposuction so he avoids being called fat, and that the 400 years of slavery was a choice. Luckily, Van Lathan was there to check him. After seeing 50 Cent clown him, I immediately thought ‘this is the guy that people are calling a creative genius?’

Wait what, 😳 that’s what a bitch do when she want a Fat ass. LOL🤨😡get the strap. #power #theoath.

I’m a firm believer that if you say something enough, true or false, eventually it gets accepted as truth. Kanye has called himself a genius so much that he’s convinced people he actually is one. What has he actually created? His last good album was My Beautiful Dark Twisted Fantasy. He’s not at the helm of his Yeezy brand. There are also no metrics, statistics or evidence to support his claim of the Yeezys outselling and earning more than Jordan Brand.

Don’t be blinded by his fame, influence or money. Call it as you see it. The guy’s an idiot. There’s something strangely ironic about a guy claiming to be a “free-thinker” and not caring about the thoughts of others, yet he gets liposuction out of fear of being teased for his weight like Rob Kardashian. Is he gifted musically? Sure. Did he make good music? Certainly. Is he a creative genius? There’s no evidence to suggest he is.

Anyways, we hope you enjoyed our weekly roundup! Stay tuned every week for more! Be sure to subscribe to our mailing list so you can get all of the latest thoughts, opinions and analysis here at Vault Media and Publications! 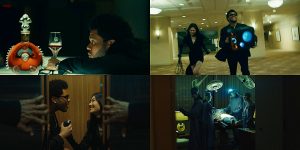